Ck it out, new update to the Microsoft Translator now understands Klingon…

What’s New
· Expanded support for Arabic language in conversation mode, and as a downloadable package to use offline
· Added support for Klingon language
· Bug fixes

Seems the interface for WP 10 will be different and might not work on older phones given the tech specs.

Read the article here from The Rem

or Godot.. hopefully the raw update will not take that long. Nokia has done a couple of recent ‘Nokia Camera’ updates in preparation for the new camera app. Apparently the next step is the phone update from Lumia Amber to Lumia Black. The Black update will allow the camera to capture raw images. Additionally the update will bring low energy abilities for Bluetooth 4 and some other goodies. Nokia is working on keeping the Windows Phone owners happy.

In an ongoing effort to get more 1020 images out there.. here is a link to my Instagram postings. A series of images taken with the Nokia Lumina 1020 of veggies and fruit in grocery stores.

Here is another example of an Pro__highres.jpg  —  1st image is an uncorrected jpeg – 10 MB, next jpeg has a little sharping, drew down the highlights and bumped the saturation just a little, 12.8 MB and then the crop plus a screen shot to show the crop. Remember all images © Ed Zirkle 2013 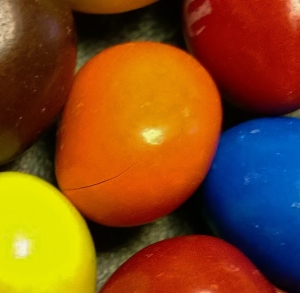